Trump said he wanted more 'highly skilled' immigrants to come to the US. But skilled, educated foreign workers are leaving the US dejected, saying Trump doomed their American dreams — leaving businesses in the lurch.

Leo Wang, 32, arrives at the airport for his flight home to China on February 18, 2019, after his H-1B visa petition was denied. 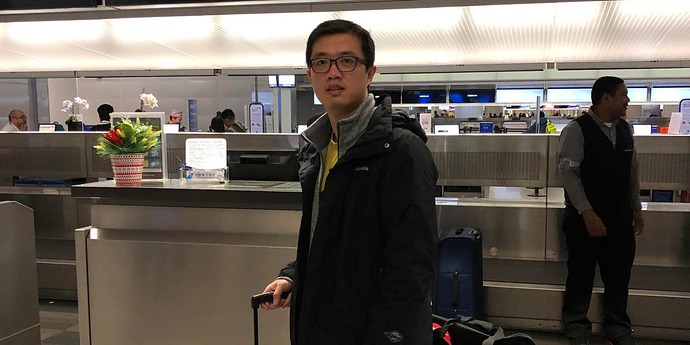 Even as a little boy growing up in China’s Jiangxi province, Leo Wang knew he wanted the American dream.

He loved the idea that working hard and following the rules could guarantee success, and he remembers watching from afar as a booming tech sector drew some of the world’s top talent to Silicon Valley.

Wang even owned a hard drive from Seagate - a company he and his parents admired, and one that would eventually pour months of effort into hiring him.

But he admits now that he was naive about some aspects of America before he arrived as a graduate student in 2015.

Wang, now 32, knew of President Donald Trump, whom he used to watch on “The Apprentice.” But he never imagined that the tough-talking presidential candidate who railed endlessly against illegal immigration would one day become an insurmountable hurdle to his own efforts to immigrate to the US.

Wang was one of 85,000 skilled foreign workers selected annually by lottery as part of the highly competitive H-1B visa program, which grants three-year visas to workers who have already secured jobs and sponsorship from employers in the US.

He is also part of a growing number of H-1B petitioners whose application was ultimately rejected amid the increasingly cumbersome series of bureaucratic hurdles the Trump administration has implemented - which experts and industry leaders decry as a crackdown on talented workers that companies are keen to recruit.

Wang’s American dream began when he attended to the University of Southern California in 2015, first for an MBA before switching to a master’s degree. From university, Seagate quickly snapped him up, hiring him on a temporary post-graduate visa to work as a senior program/project manager.

But Wang’s hopes were dashed on January 4, 2019, when USCIS formally denied his petition for the H-1B visa that would have allowed him to continue working at Seagate, according to documents INSIDER viewed.

“This is supposed to be the place where you are very likely to achieve your dream if you work hard and follow the rules, and I feel like I’m one of the very unlucky ones who fell through the cracks,” Wang said. “The American dream fell short for me.” 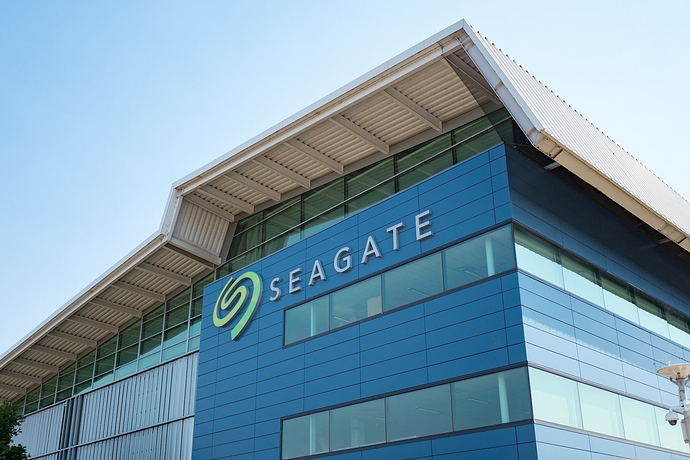 image.jpg1920×1280 528 KB
Wang left the US on February 18 and returned to China. Seagate did not respond to INSIDER’s request for comment.

The United States Citizenship and Immigration Services, which adjudicates H-1B visas, would not comment on Wang’s case. But a spokesperson told INSIDER in a statement that each case is evaluated individually, and petitioners are free to appeal their cases if they believe they were wrongly denied.

“USCIS adjudicates all petitions on a case-by-case basis to determine if the petitioner met the burden of proof to establish eligibility for the benefit sought consistent with applicable laws and regulations,” the spokesperson said. 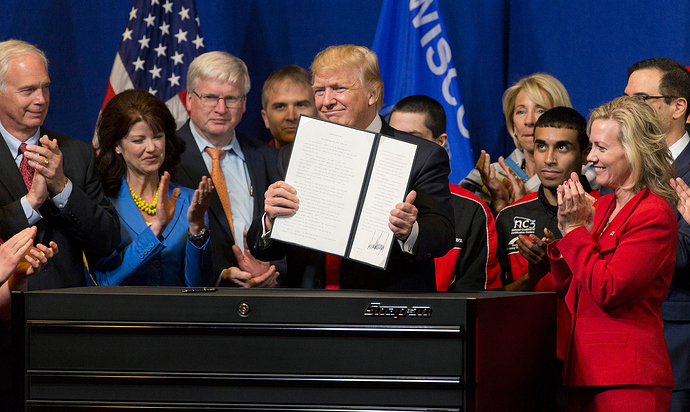 Several of the hurdles Wang faced during his H-1B application process can be traced back to the Buy American, Hire American executive order Trump signed on April 18, 2017.

The order specifically targeted the visas in an effort to ensure they were only awarded to the “most-skilled or highest-paid” workers.

But that’s not quite how recent changes to the program have played out, immigration lawyers who specialize in H-1B visas told INSIDER.

Reaz Jafri, a partner at the international law firm Withers, often advises companies seeking to sponsor H-1B workers. He said in the last two years he’s seen a steep uptick in H-1B visa denials for reasons similar to the one listed in Wang’s denial letter.

USCIS wrote in the letter that Wang’s job was not technically a “specialty occupation,” in part because Seagate could not prove the “unique or complex nature of the position,” and could not demonstrate why the job required a worker with Wang’s specific degrees.

“A bachelor’s level of training in a specific specialty is not required for the Market Research Analysts occupation,” the denial letter said, referring to a broad category under which Wang’s job fell. “Many have degrees in fields such as statistics, math, or computer science. Others have backgrounds in business administration, the social sciences, or communications. As a result, the proffered position cannot be considered to have met this criterion.”

Jafri said he sees USCIS raise similar concerns in more than half the H-1B cases his firm files. Often, the agency raises those concerns in the form of “requests for evidence”, which can stall H-1B petitions for months, as Wang’s was.

“Let’s say I want [to hire someone with] a degree in engineering,” Jafri said. “They’re saying because the job can be done by someone with a degree in computer science or math, you cannot require an engineering degree, and therefore it’s not a specialty occupation.”

Jafri added that the strict interpretation of “specialty occupation” USCIS uses demonstrates a lack of understanding of how US employers seek out talent.

Companies don’t actively seek to recruit foreign workers - particularly when the H-1B process is so difficult, he said.

Rather, he said the companies hire the foreign workers despite having to undergo the expensive and lengthy H-1B process, because they believe the workers are so valuable they’re worth the effort.

“There seems to be a resistance on the part of USCIS of almost all H-1B cases, because they are looking to see, ‘Is this consistent with this directive that Americans should buy American goods and hire American workers?’” Jafri said. “US companies don’t proactively go out and hire foreign workers. They do it because there’s a shortage of certain types of skilled labor, and American companies try to bring the best talent on, period.”

These types of denials also present a significant disruption to the tech companies that seek to employ these workers.

Not only is the H-1B process a long, arduous one, it’s also expensive and can cost tens of thousands of dollars for a single applicant, according to Peter Leroe-Muñoz, a vice president of tech and innovation at the Silicon Valley Leadership Group.

“It is a long and winding path they must walk in order to get those employees,” Leroe-Muñoz told INSIDER. “The impact is severe in terms of time, and financial cost … It is an investment that companies make in terms of time, money, and resources.” 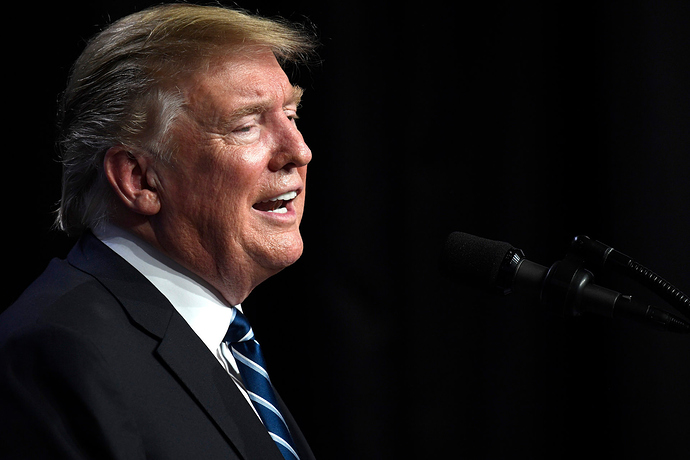 But despite the crackdown on H-1B visas, in recent weeks Trump has sought to reassure the tens of thousands of international students and would-be foreign workers vying for work permits that his administration will reform the H-1B process to make things easier for them.

“H1-B holders in the United States can rest assured that changes are soon coming which will bring both simplicity and certainty to your stay, including a potential path to citizenship,” Trump tweeted on January 11. “We want to encourage talented and highly skilled people to pursue career options in the U.S.”

The tweet prompted bewilderment among immigration experts and H-1B holders. Firstly, H-1B visa holders can already access a “path to citizenship,” should their employers choose to sponsor them for green cards.

Secondly, and more importantly, the Trump administration has taken few if any concrete actions to bring foreign talent into the US, according to Stuart Anderson, the executive director of the National Foundation for American Policy.

“I don’t think anyone can identify a single measure the administration has done to encourage more people to come into the country legally,” Anderson told INSIDER. “I think anyone looking at the policies should focus on the actions, not the words. I think if you look at the actions, there are actions they could take to make improved policies, but we haven’t seen them taken.”