Jacky, a senior architect, who wants to connect all cities and towns in a given X by Y grid of land. Each cell of this grid would have either a city, a town or a hill.
Jacky can start with any one city and connect it to other cities and towns. To build a road she needs to pick up raw materials from a city and travel via roads to the construction site.
It takes Jacky one day to transport raw materials to the next city or town and one day to build a road. A road can be built either horizontally or vertically and cannot pass through a hill. After the road is built, Jacky can make it back to the city (or another city if connected by roads) the same day.
Jacky cannot work in parallel and she cannot use raw materials from a city that is not connected to the first city that she started with. 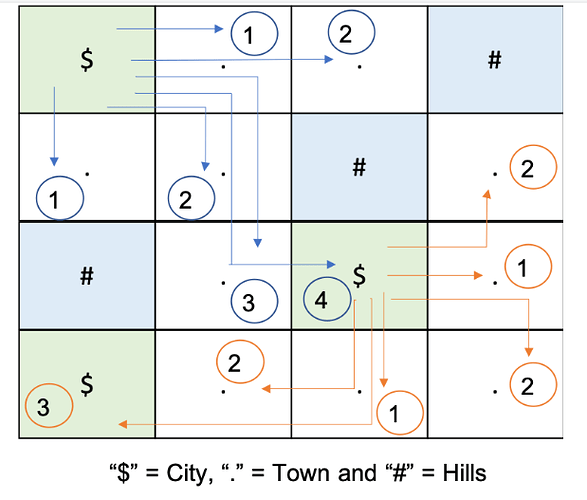