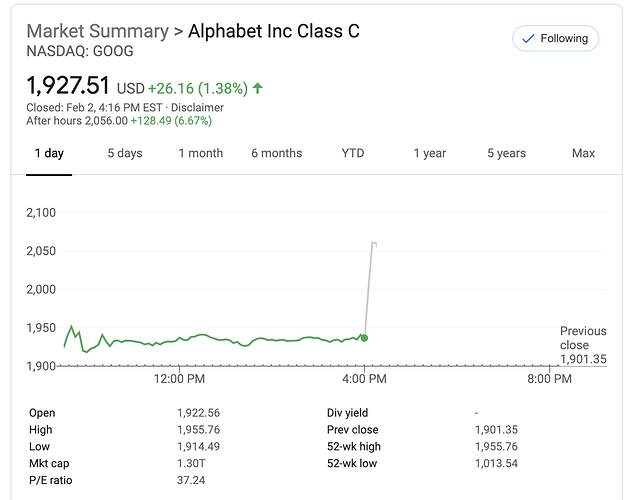 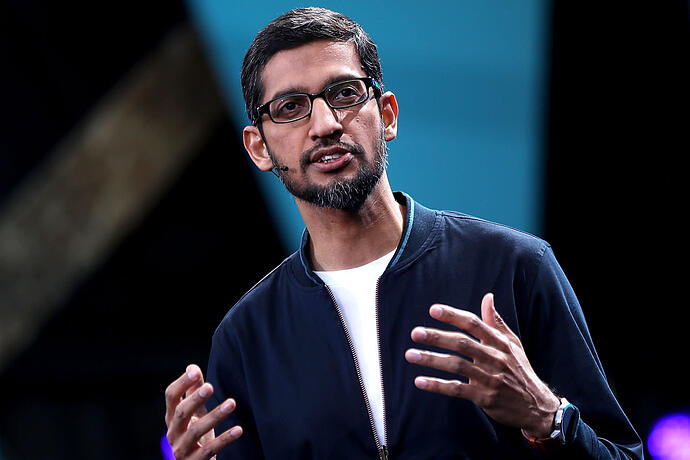 For the first time, investors can see the profitability of Google's cloud unit and see how it's changed over the past three years.

Alphabet, the parent company of Google, will report fourth quarter earnings after the bell on Tuesday.

The company plans to break out operating income from its cloud business for the first time. Last quarter, the cloud segment beat revenue expectations, bringing in $3.44 billion.

“With the segmentation, you will additionally see information about the scale of our investment, which will help gauge the progress we are making on the multi-year path ahead to create sustainable value,” Alphabet CEO Sundar Pichai said at the time.

Last quarter, the Other Bets category showed an operating loss of $1.10 billion, up from $941 million a year ago, which could make it a focus for expense control. Alphabet shut down its nine-year-old experimental internet-beaming balloon business Loon in Q4 because it could not get costs low enough to sustain the business, the company said.

Investors will also be on the lookout for any response to concerns surrounding mounting regulatory threats.

During the quarter, Google faced three government antitrust lawsuits in the U.S., adding to several others threatening potential future regulation. Regulators in other countries have also taken issue with Google’s competitive practices, like in Australia, where top Google critic News Corp has a major presence. Google said last month it would block its search engine in Australia if the government proceeds with a new code that would force it to pay media companies for the right to use their content.

During the quarter, YouTube also faced questions about its handling of content related to the Capitol insurrection, which brought up a renewed bipartisan push to re-think Section 230, a bill that allows social media providers to host content without assuming liability for it.

During the quarter, the company also faced new scrutiny over employment practices and conditions.

The U.S. Labor board launched a lawsuit against Google, accusing it of retaliation and spying on employees. The company has also come under scrutiny for its handling of a well-known artificial intelligence researcher and technical co-lead of Google’s Ethical AI team Timnit Gebru, who Google fired in early December.

Claiming the treatment was indicative of a broader pattern of Black employee treatment at Google, Gebru’s tweets set off industry-wide support, employees and industry peers who petitioned the company for more answers. CEO Sundar Pichai vowed to investigate the events but has not yet released any findings.