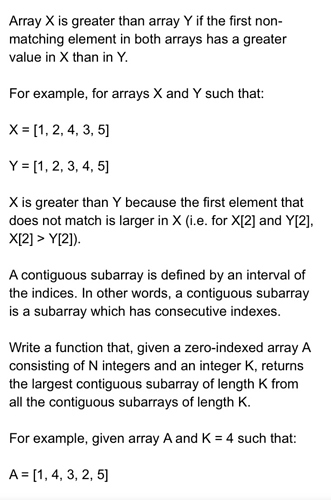 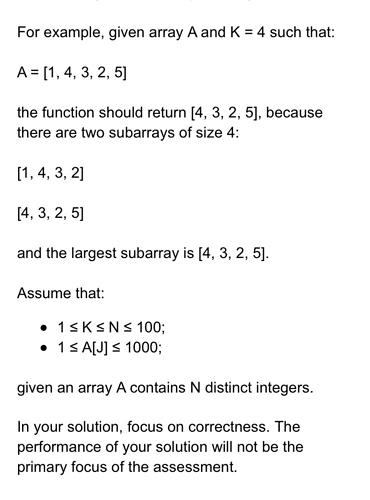 Basically, my interpretation is that we can look at all the possible starting indices for a starting array and compare the first value. All elements are unique (distinct), so one value within an array will always be larger or smaller than another–giving us the largest subarray if we just compare that first index. 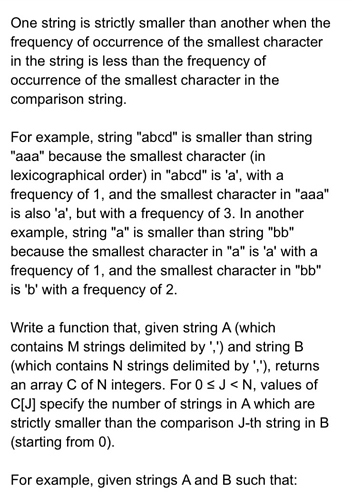 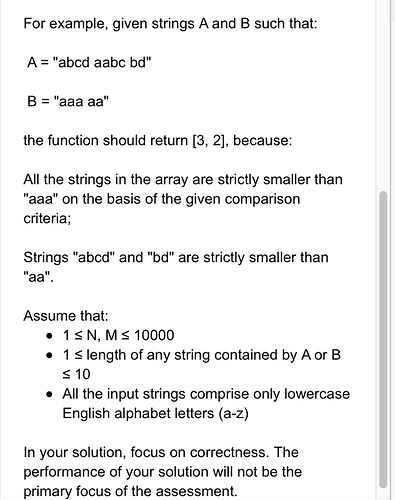 My solution ended up looking more lengthy than I would’ve liked, but I basically I do the following:

split a and b into arrays
use hash maps to look at individual strings within ‘a’ where characters are small (while keeping track of smallest char within a string too)
store those frequencies for later use
do the same for ‘b’, but compare each string with a’s frequencies on the spot
add the number of times ‘b’ is larger than ‘a’ to the solution array
Python solution:

I certainly missed some bases or could’ve been more efficient, so it would be cool to hear other thoughts!